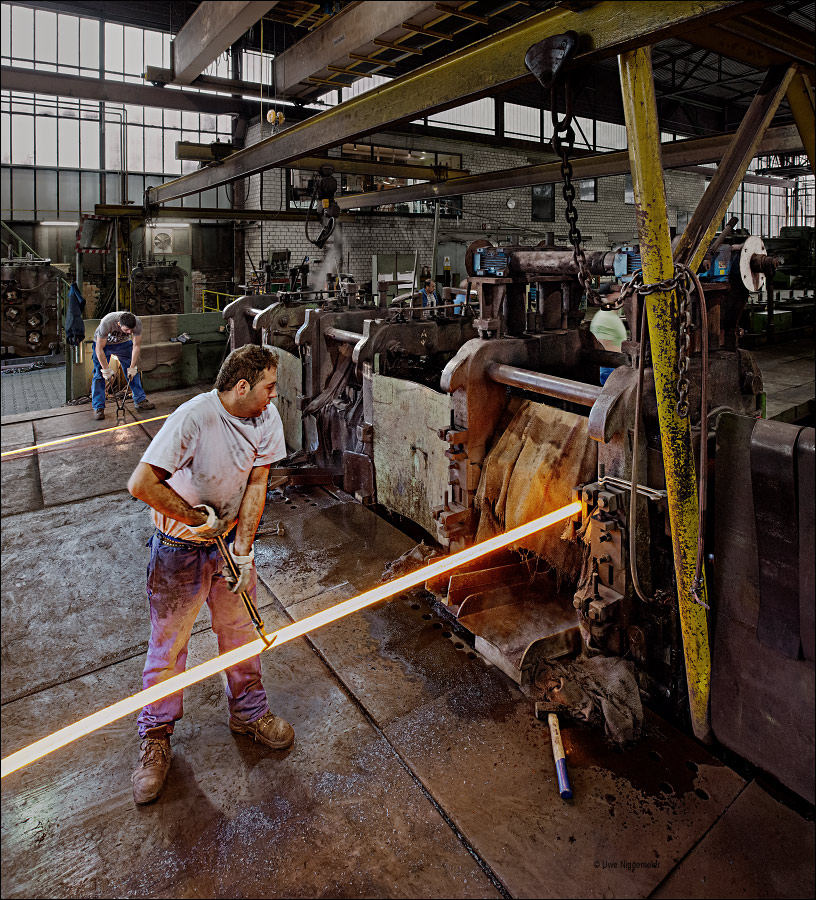 The Walzwerke Einsal GmbH is one of the oldest iron works in Germany.
Founded as a forge in 1675 by the Holtzbrinck family (same family that today owns the Rowohlt and DIE ZEIT publishers) it became the Einsaler Eisenwerke in 1856. Main product were wire and nails.
In 1963 the Thomashoff family took over and transformed the Einsal works into a speciality steel rolling mill.
In 1992 a new fully automatic rolling stand for bars was installed.
Sections are still produced on three Banning double-duo hand rolling stands.
Finishing is done in a cold rolling and a heat treatment center.
Walzwerke Einsal employes 300 people.