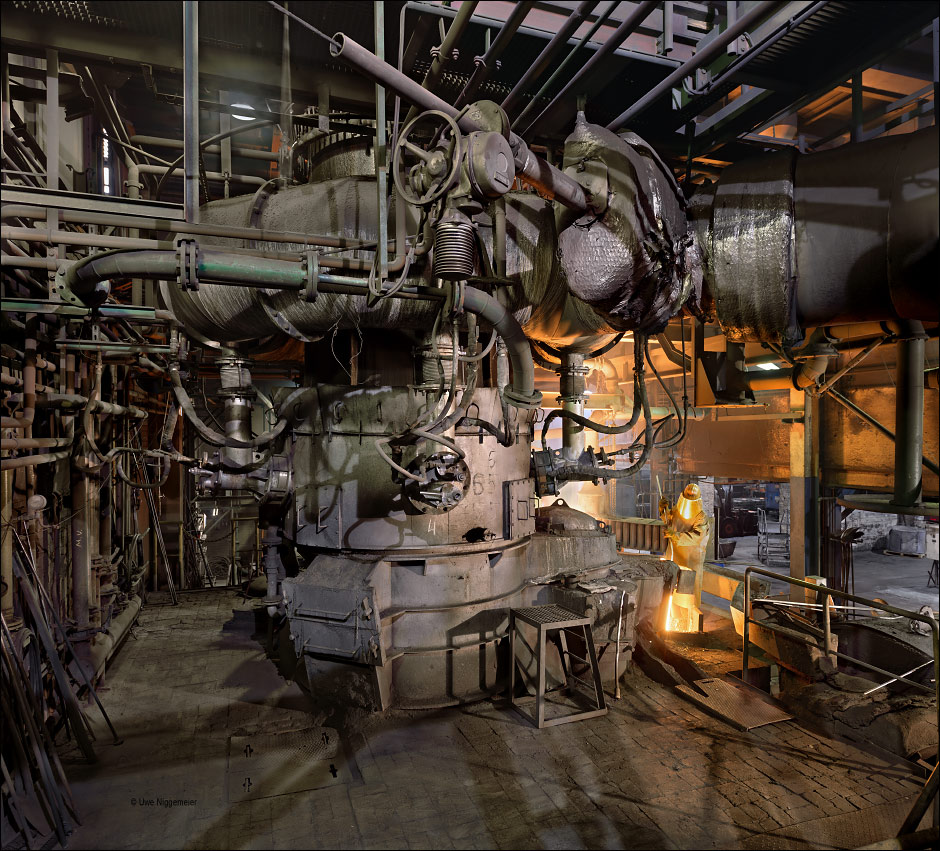 This is the old Carlshütte in Limburg, Germany, better known as Buderus Eisenwerke for more than a century.
The company was founded in 1900 by Carl Schlenck from Nürnberg.
In 1907 the Buderus company took the mill over to produce sewer and drainage castings.
Four cupola furnaces were installed. During world war II. a converter for steel castings was in use.
During the 1950ies and 60ies more than 1200 people were employed.
In 1979 a new hot blast cupola furnace was built.
In 2009 the former Buderus Kanalguss was bought by the MeierGuss group.
Further images.