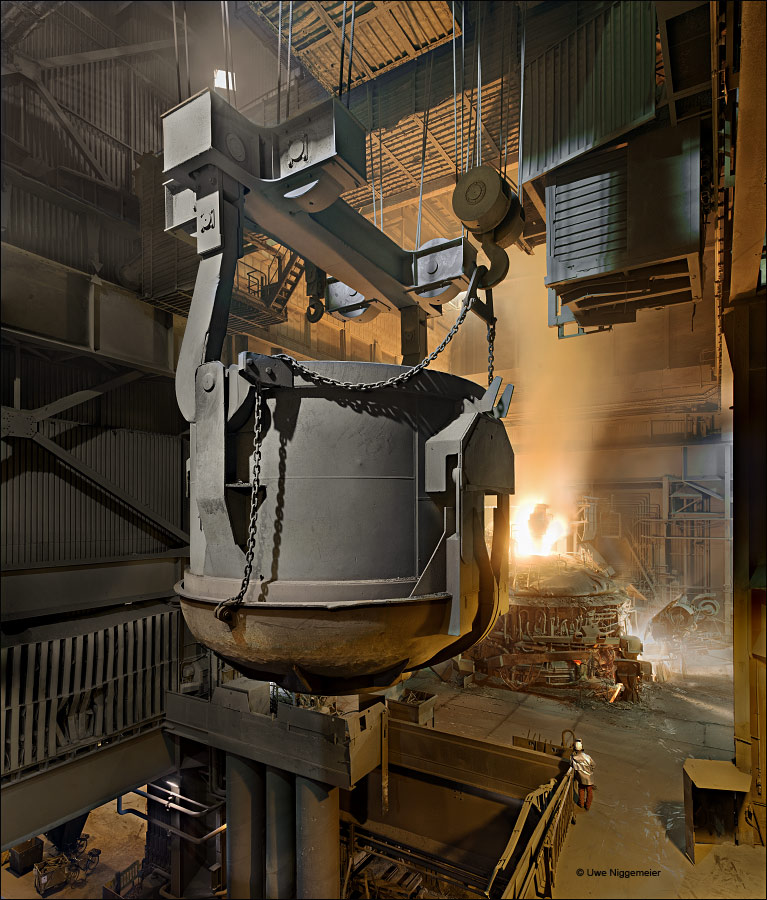 The steel mill in Georgsmarienhütte, Germany was founded on local iron ore deposits in 1856.
The first blast furnace was installed in 1858.
In 1885 the plant merged with the nearby steel mill in Osnabrück.
An open hearth shop was built in 1904.
In 1923 the site became part of the Klöckner-Werke AG.
A third blast furnace and a second open hearth shop went into production in 1952.
The bar rolling mill number 6 was comissioned in 1965.
In 1982 a coal based (KS-) converter replaced the last open hearth furnaces.
The Osnabrück site was closed in 1987.
In 1994 the last blast furnace (no. 3) was clsed down and a new 130 ton DC-electric arc furnace replaced the KS-converter.
Further images.