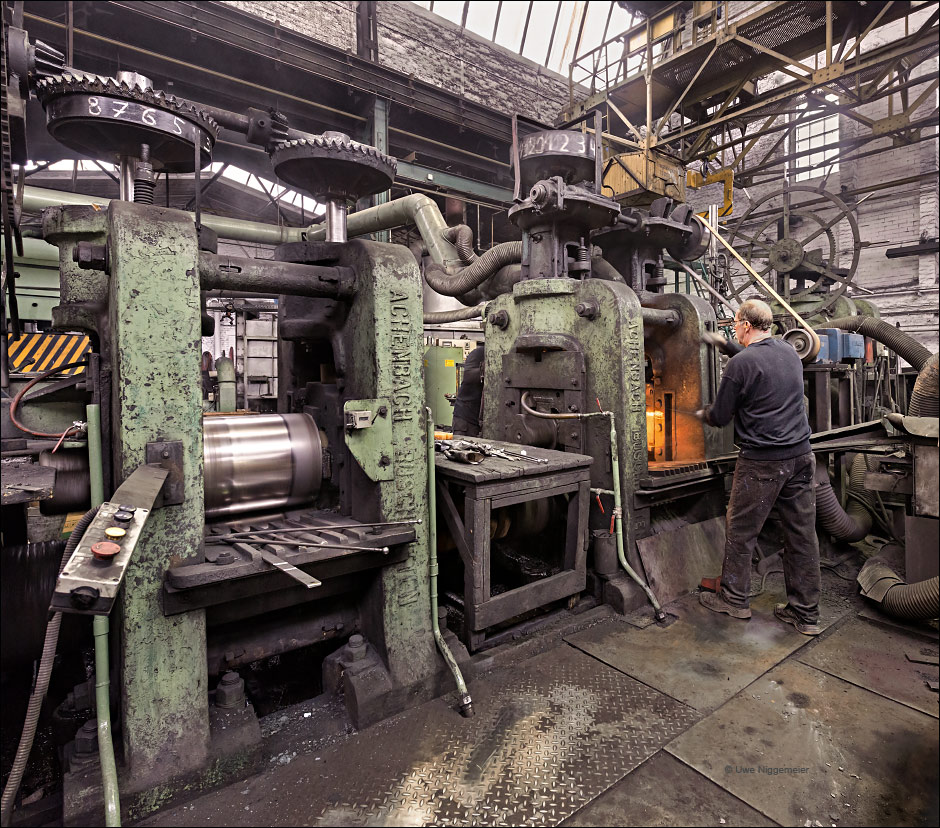 The Idealspaten-Bredt company was founded in 1899 by Emil Eckardt under the name „Schaufel- und Spatenfabrik Eckardt & Co“ in Herdecke, Germany.
Built next to the railroad line from Hagen to Dortmund the new company was spezialized in the production of spades and shovels.The company’s speciality, until today, is the Idealspaten. A spade whose blade is hot rolled of one piece of steel.
In 1925 a new rolling mill was built which is still in use today.
In 1928 the company went bancrupt and changed it’s name to “Idealspaten- und Schaufelwalzwerke vorm. Eckardt & Co., G.m.b.H., Herdecke“.
In the 1930ies and during the second world war the rolling mill produced vast numbers of spades and shovels for the Reichsarbeitsdienst and the German Army. More than 500 people worked for the Idealspaten company.
In 1939 the „Teplitzer Eisenwerke, Schaufel- und Zeugwaren-Fabrik AG“, formerly owned by a Jewish family, in the Czech Republic was taken over.
In 1971 Idealspaten fusioned with its competitor from nearby Witten to form the “Idealspaten- und Schaufelwalzwerke A. Bredt GmbH & Co. KG”, the last industrial producer of spades and shovels in Germany. Further images

4 thoughts on “The Smallest Hot Rolling Mill In Germany”