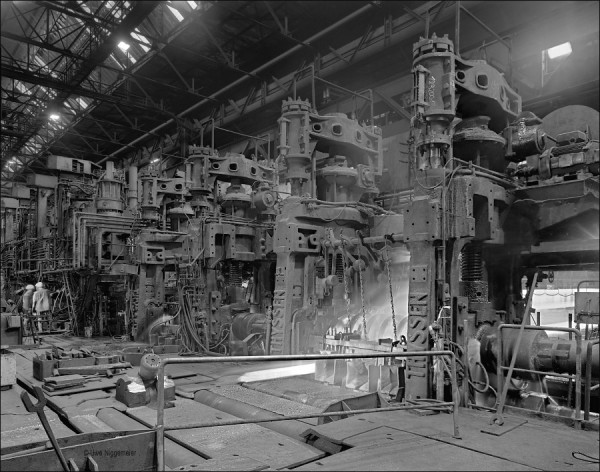 was rolled yesterday at the TSTG rail mill in Duisburg.
The rolling mill exists since 1894 built by the August Thyssen Hütte and sold to the Austrian Voest Alpine group in 2001.
Voest is still producing rails at it’s Donawitz works in Austria.
TSTG’s finishing stands were built in 1924 named “Fertigstrasse 1” back then.
Some images.

1 thought on “The Last German Rail”