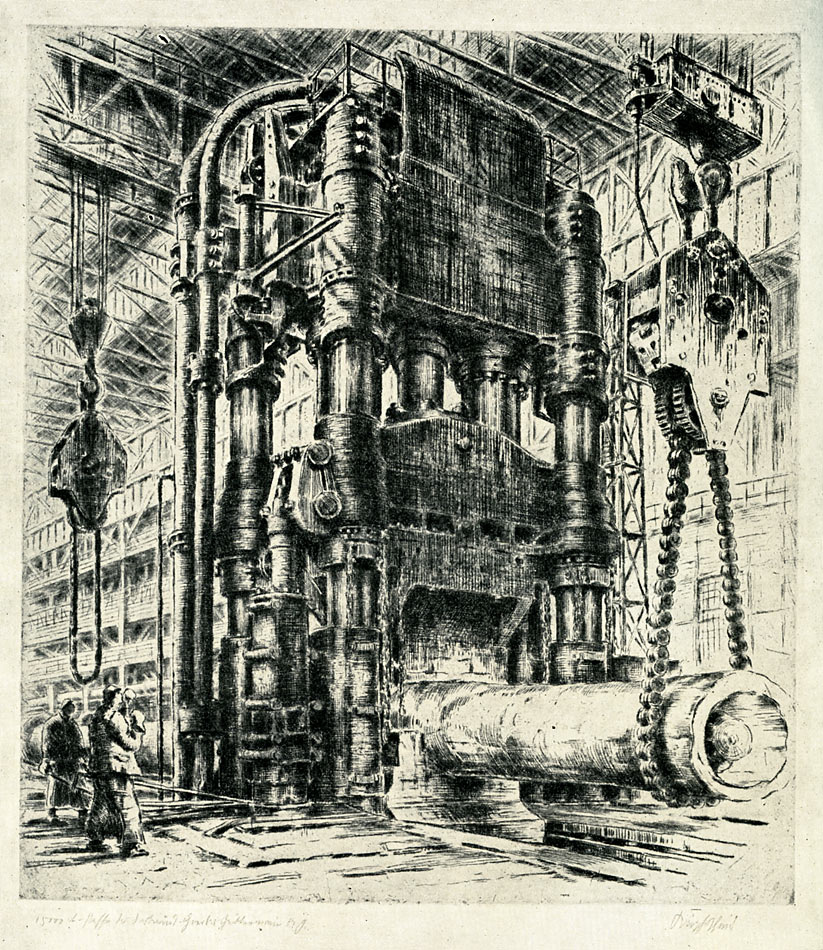 At the end of the 2nd World War, the two largest forging presses in the world were located in the Ruhr area in Germany.
One, a 15000 ton 3-cylinder steam press, was located at Krupp in Essen and had also been built there in 1928.
The other was a 15000 ton 2-cylinder compressed air press built by Kreuser-Wagner in Dortmund.
This press was installed in 1932 at Dortmund-Hörder Hüttenunion.
The Krupp press went as reparation to Yugoslavia where it was later scrapped.
The DHHU press was dismantled in 1951 and sent to England where it was never rebuilt either.

With the help of an ancient plan I was able to locate the exact position of this press on the former Union site by now. 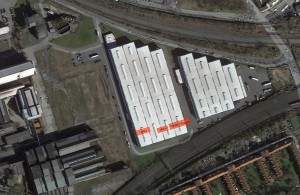