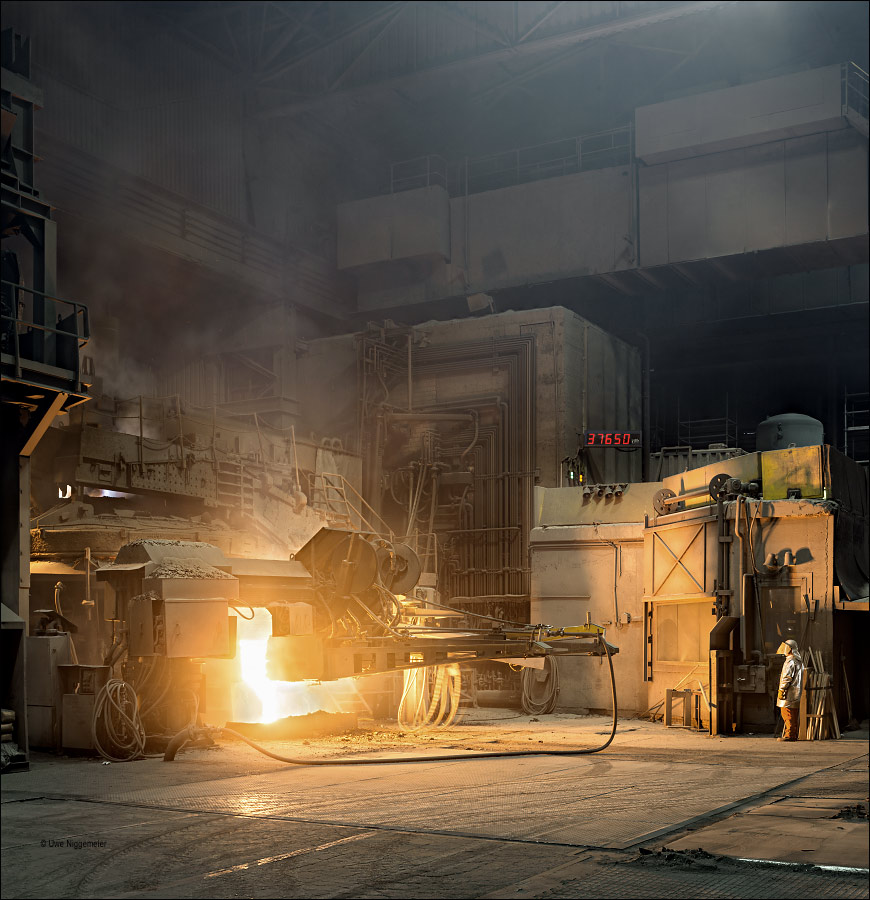 in Germany was  Badische Stahlwerke in Kehl  founded in 1968 by  industrial pioneer Willy Korf. The mill was built next to Korf’s already existing bar rolling mill on the banks of the river Rhein.
Only one year later Korf founded another steel mill in Hamburg (Hamburger Stahlwerke) and the first U.S. Mini Mill in Georgetown, S.C.

Willy Korf died in an airplane crash in 1980 and soon after his first mill went bancrupt. The Seizinger und Weizmann families took over in 1984 and made the mill into one of the most efficient steel mills worldwide.
With it’s yearly output of more than 2 mio. tons of steel it is hardly a mini mill anymore.
Today BSW runs two 100 ton electric arc furnaces, two continuous casters and a bar- and wire rolling mill.