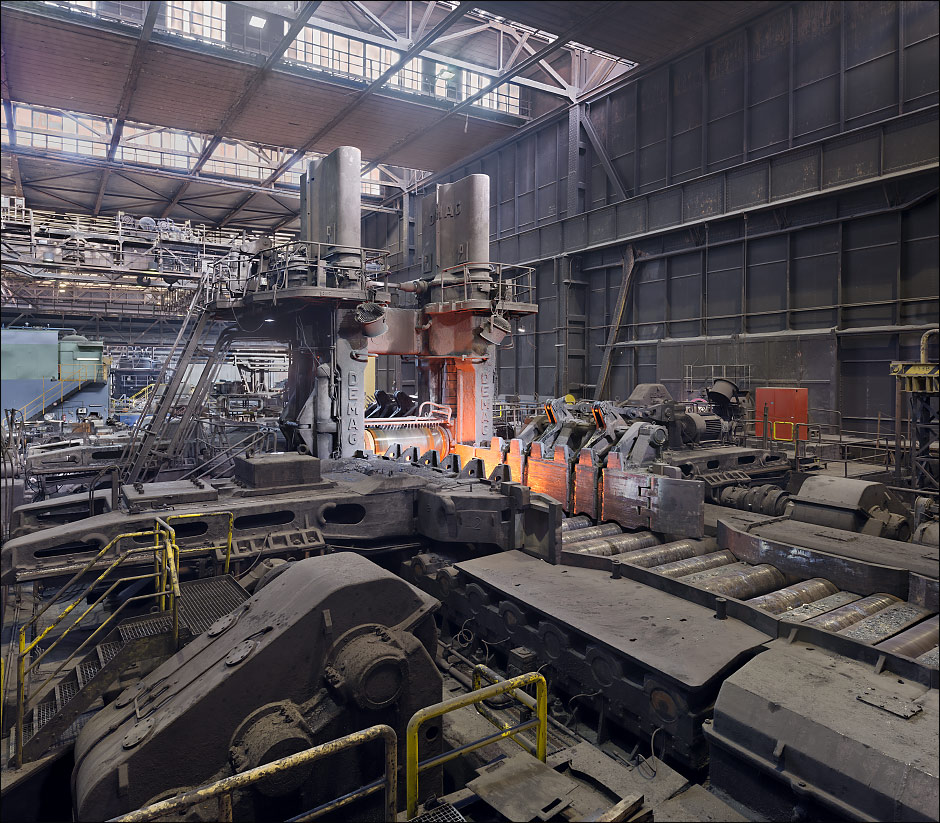 The  rolling mill  was built by the DEMAG company from Duisburg and was put into operation at the August-Thyssen Hütte in Duisburg on 1 April 1957.
It supplied slabs to Thyssen’s new wide hot strip mill.
Blooms with a weight of up to 27t are supplied by 18 soaking pits and two cranes.
Two DC engines of 4200 kW each run the two.high rolling stand.
They are fed via a hugh Ilgner transformer consisting of two asynchronous motors with 3500 kW four control generators (two each for a rolling motor) and a flywheel with 566 tm². 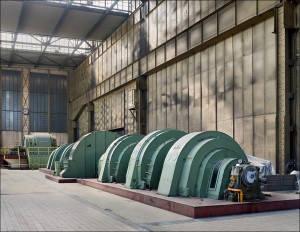 The rolling mill is owned by VDM-Metals now to produce highly alloyed slabs. After the closure of Reiner Brach’s old Klöckner rolling mill in Bremen it is the last of it’s kind in Germany.
Further images. 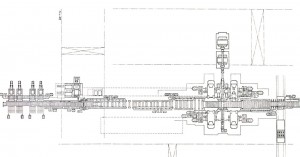