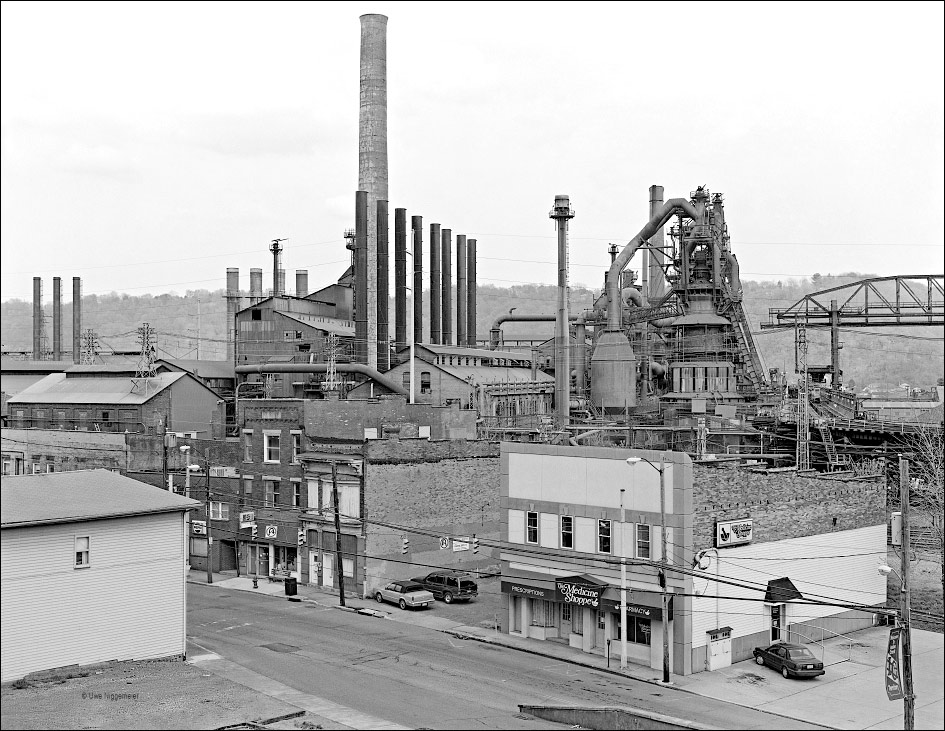 Despite the harsh winter weather the demolition of RG Steel’s former Mingo Junction site in Ohio continues.
Blast furnace No. 3 was already dismantled in 2004. The remaining furnace No.5 five came down recently too.
The mill was idled in 2009 and still waits for a new investor to restart the electric arc furnace and the rolling mill. 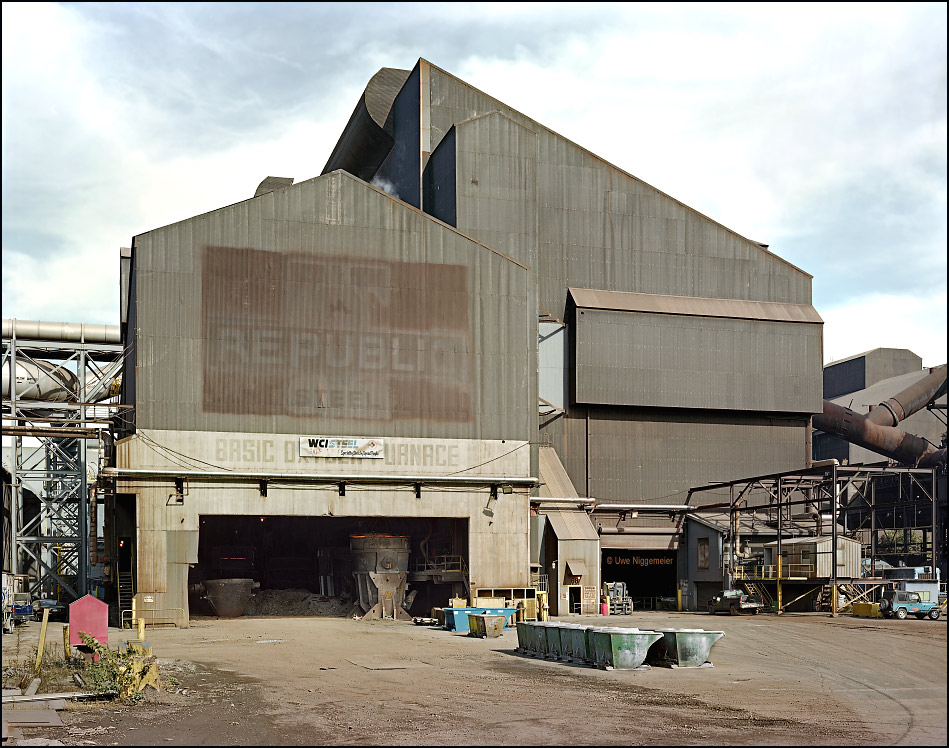 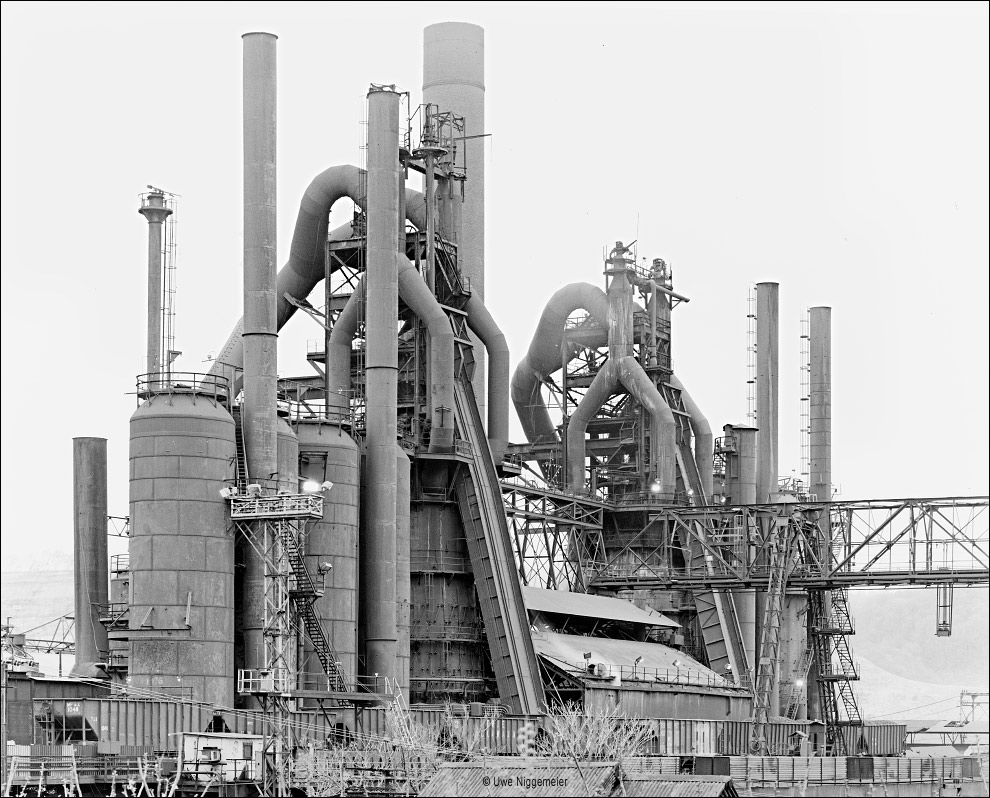 The blast furnaces No.1&2 at Wheeling Pittsburgh’s former Steubenville North plant will be chopped down by an implosion demolition in June.
Furnace No.1 was built by the La Belle Iron Works in 1901. It was in operation until May 2005 when it was the oldest active blast furnace in the U.S. . It has a hearth diameter of 7,5 meters and a working volume of 1050 m³.
The No.2 furnace was built in 1904 and idled earlier.
The image was done in April 2004.