Bottle cars in front of Stelco’s BOF-shop in Hamilton, Canada 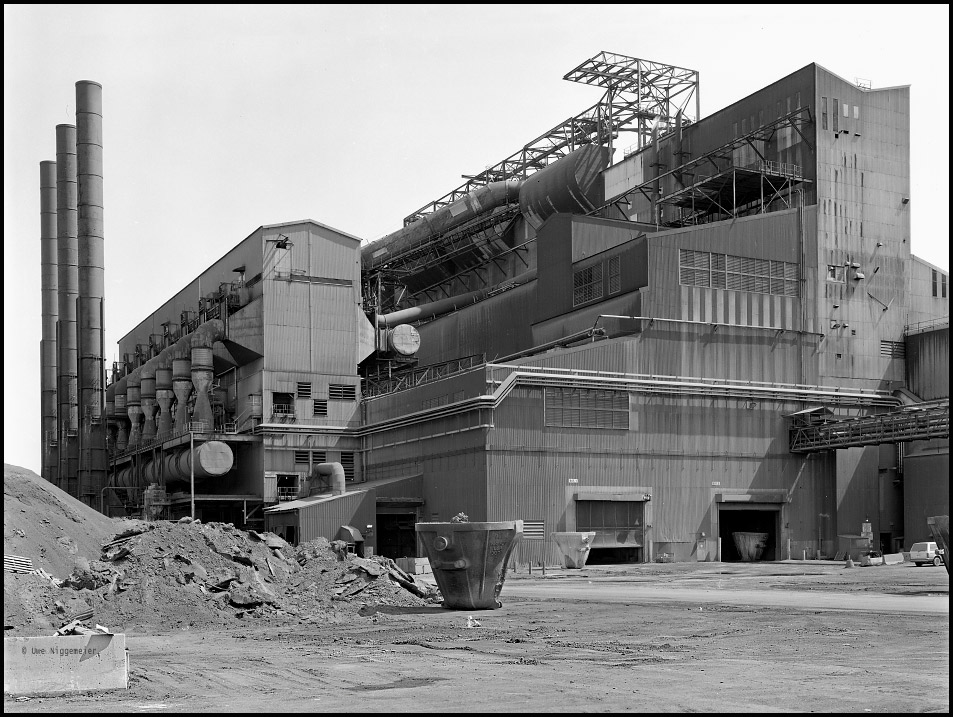