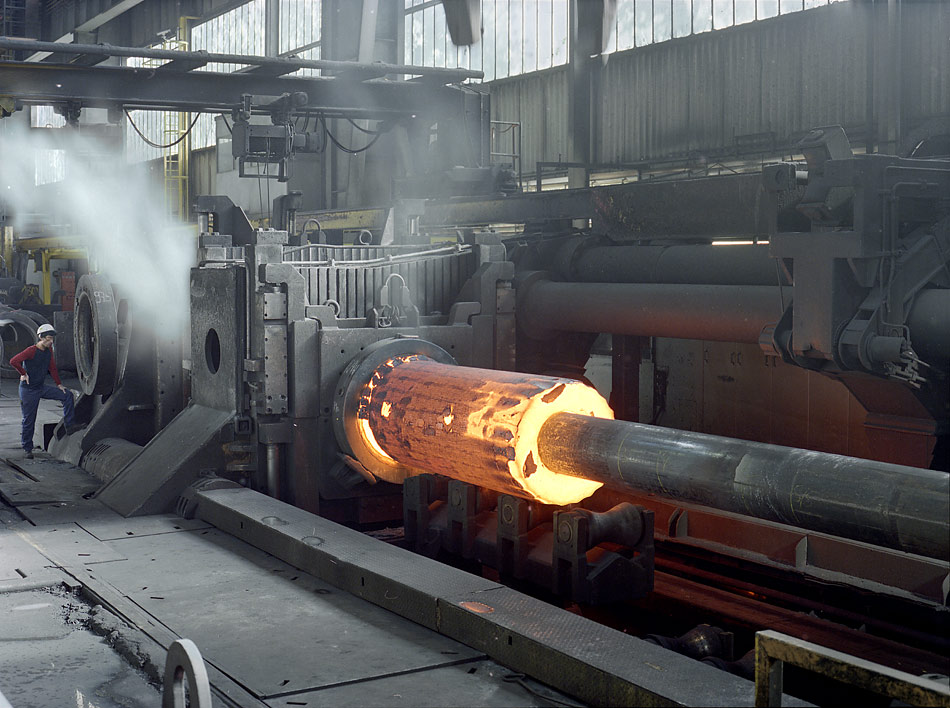 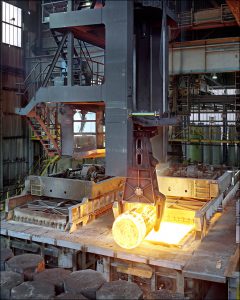 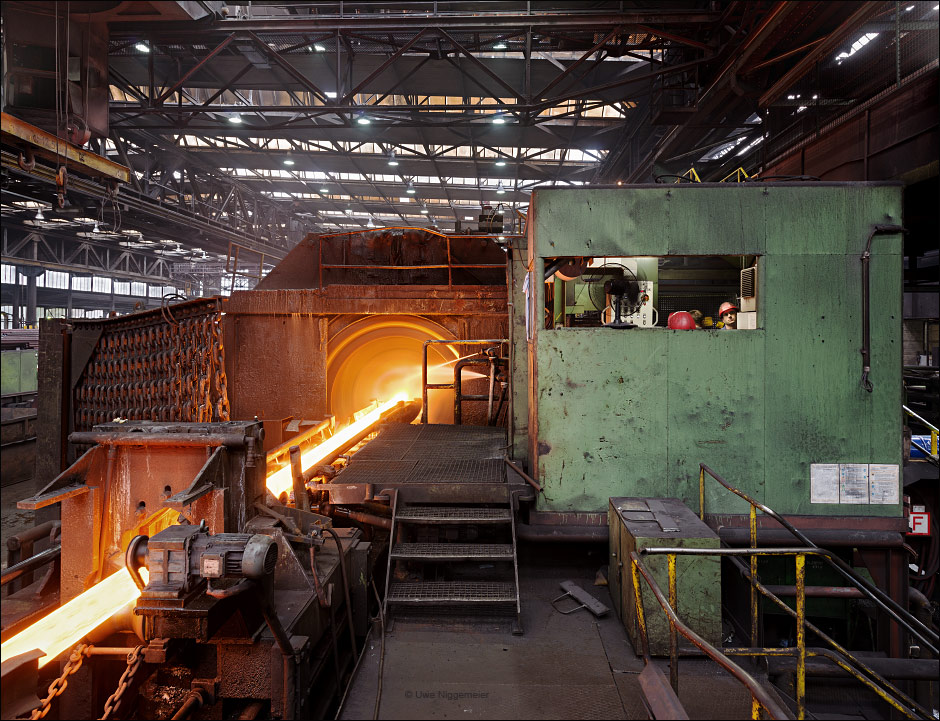 ESW Röhrenwerke in Eschweiler close to Aachen, Germany is the last survivor of the once huge Eschweiler Bergwerksverein (EBV) combine of coal mines and steel plants and it runs the only planetary tube rolling mill in Europe.
Further images.
The tube mill  was founded in 1914 by the Eschweiler- Ratinger Maschinenbauaktiengesellschaft (ERMAG). In 1917 an open hearth shop was added to ensure the steel supply. In 1924 the plant was taken over by the Eschweiler Bergwerksverein (EBV), a mining company mostly owned by ARBED from Luxemburg. Pig iron was now supplied by the nearby EBV blast furnaces (Concordiahütte). In 1957 a new electric arc melt shop was built on ground of the now dismantled blast furnace site. In 1964 a continuous caster was added.
An new innovative planetary tube rolling mill (PSW) gradually replaced the outdated pilger rolling mills in 1976.
In 1984 the site was sold to the Maxhütte steel company from Bavaria. The EAF melt shop closed in 1986 and one year later the Maxhütte went bancrupt. In order to save the new tube rolling mill the former plant manager, among others, took the mill over in 1987.ESW Röhrenwerke produces seamless steel tubes for the oil and gas industry,  boilers and engineering.