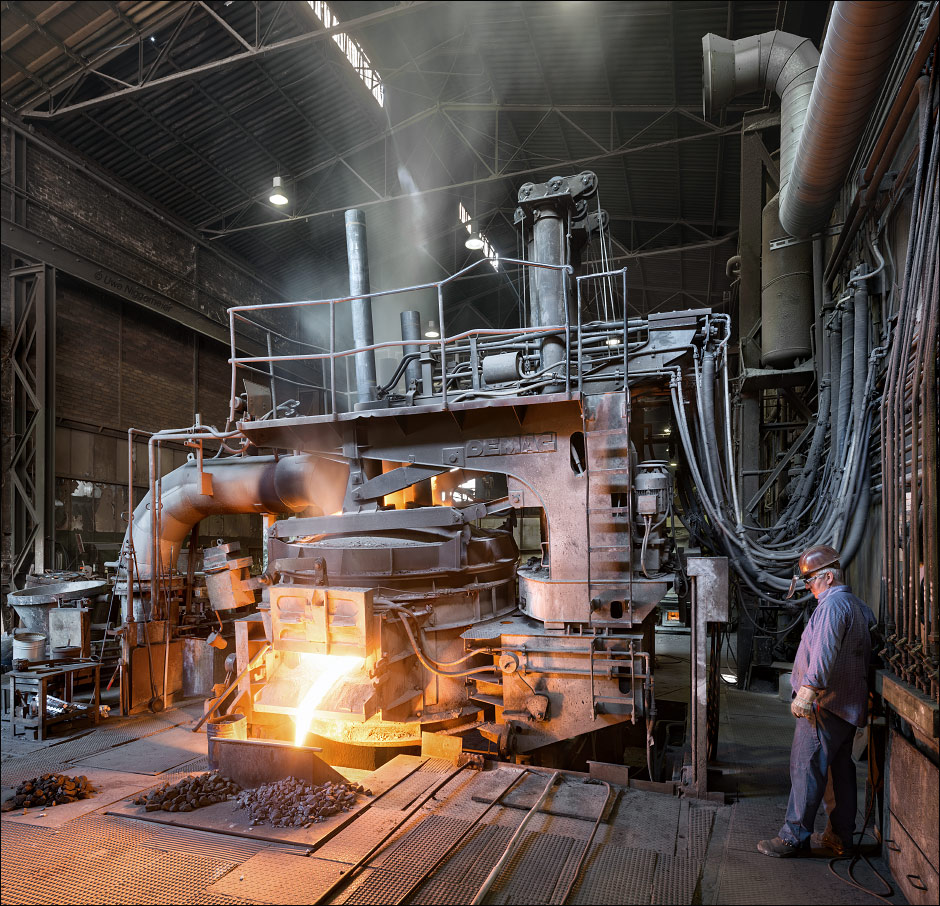 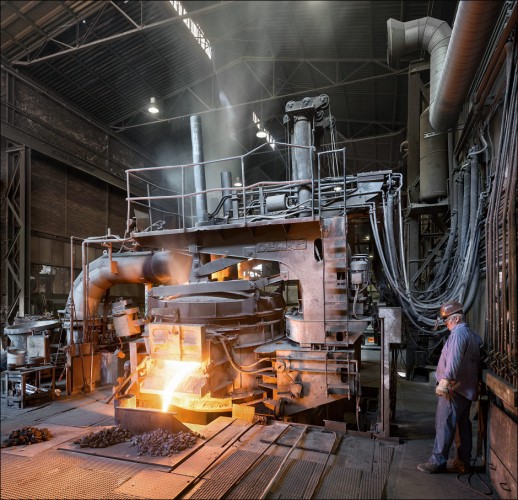 My hometown Hagen once was one of the major steel producing communities in Germany.
Blast furnaces,open hearth shops and numerous foundries shaped the confined townscape in the narrow valleys of the Volme and Ennepe rivers.
The largest steel mill, the Hasper Hütte owned by the Klöckner company, was closed in 1972 and the huge Wittmann steel foundry next to it just one year later.
The last major steel producer in town, the open hearth shop of Stahlwerke Südwestfalen was shut down in 1976, smaller ones like the Remy speciality steel mill followed in the 1990ies. 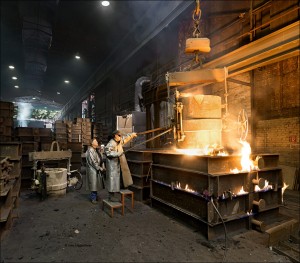 The Eisenwerk Geweke was founded in 1910 and is specialized in steel fittings.
A five ton electric arc furnace and a small induction furnace are producing castings up to four tons a piece.
Further viewing at Stahlseite.