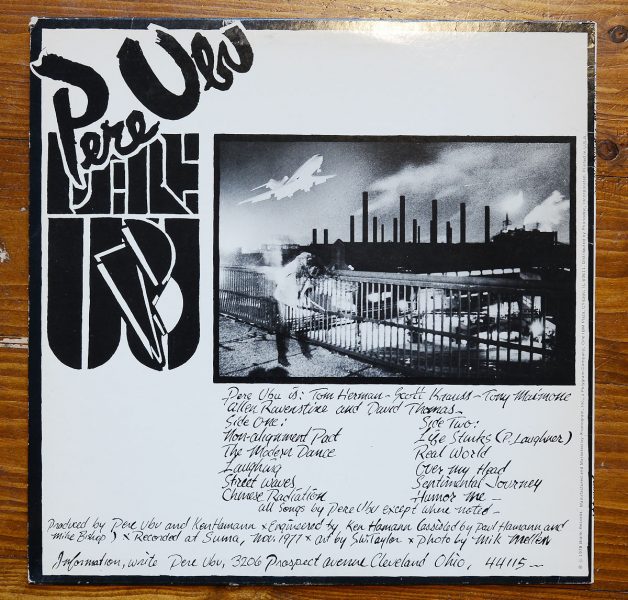 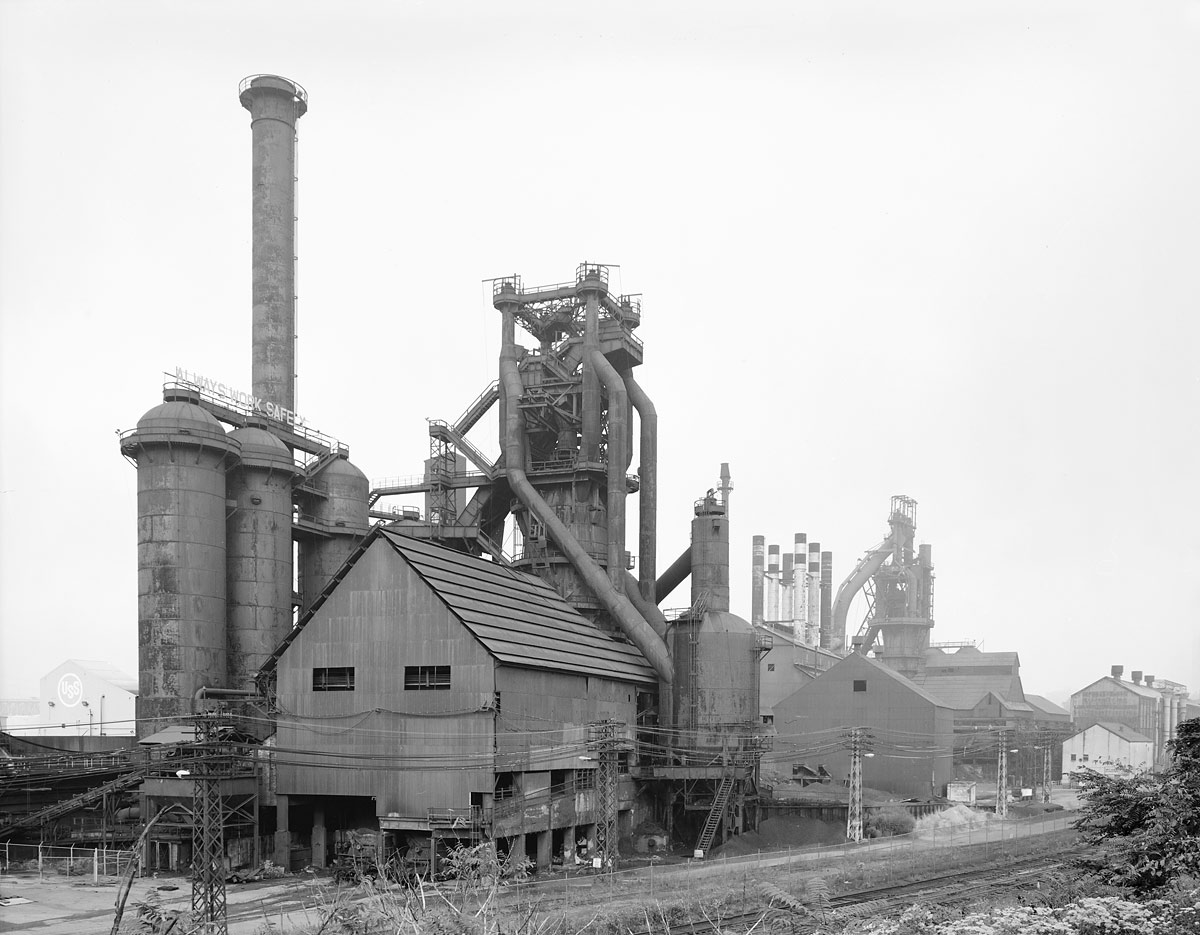 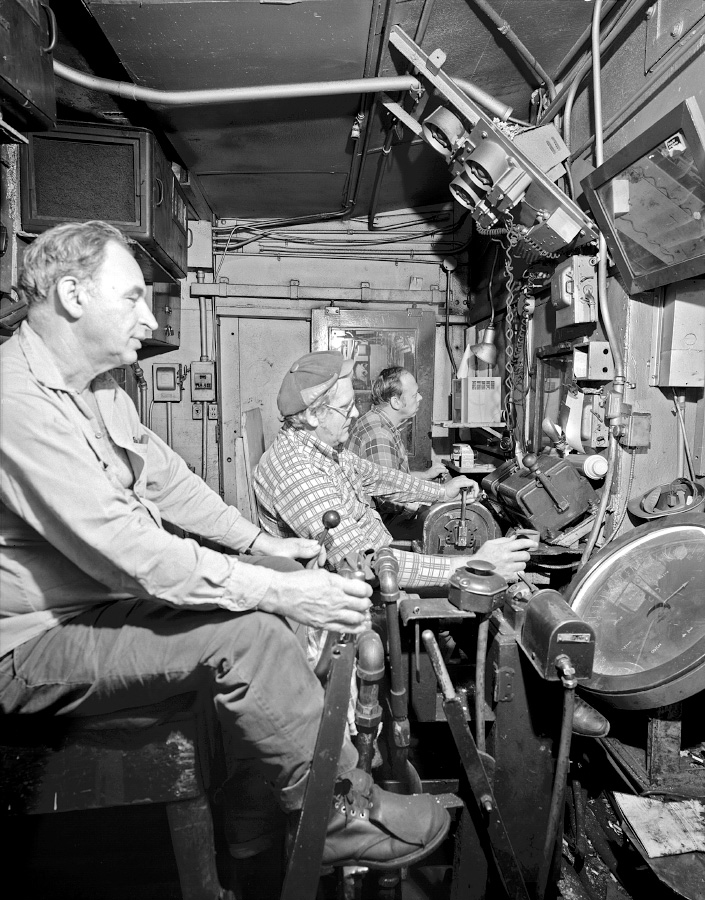 Inside the helmstand of the 44inch blooming mill at the Republic Steel company in Cleveland, USA, after 1968. Left to right: The stationary steam engineer, the roller, the manipulator.