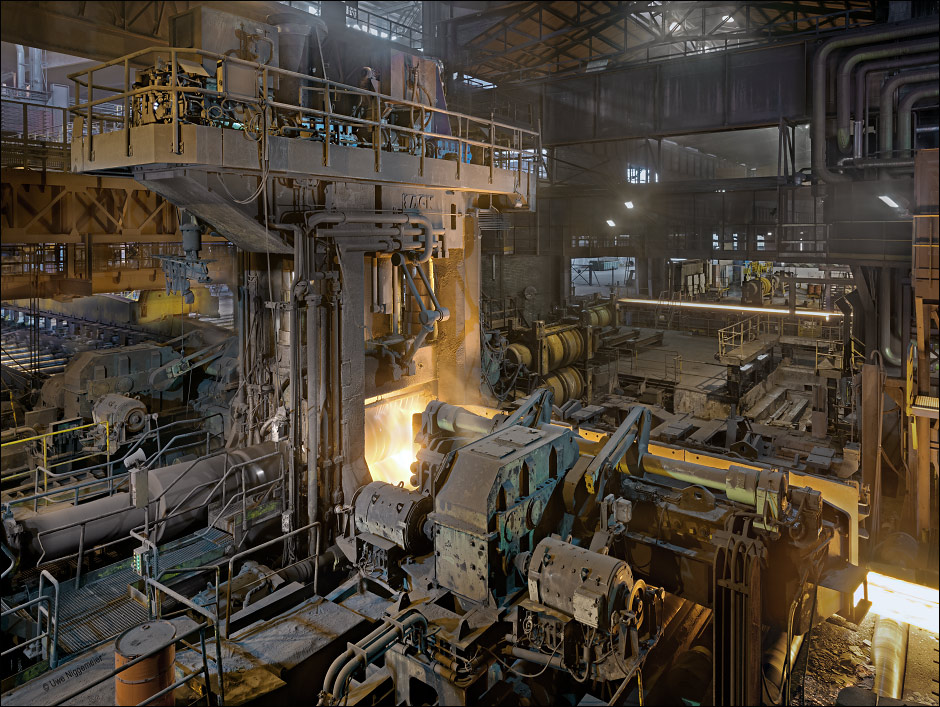 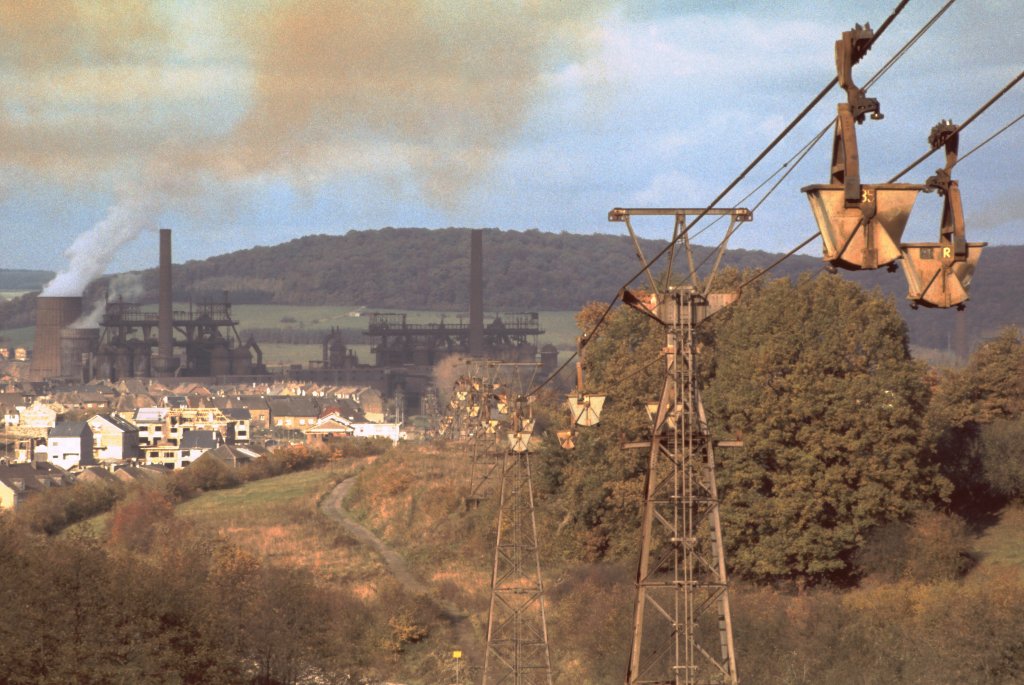 The blast furnaces of S.A. Métallurgique et Minière de Rodange-Athus (MMRA) in Rodange, Luxemburg and the the ropeway that connected them to the iron ore mine Doihl.
Both were closed in 1978. Two rolling mills still exist here. 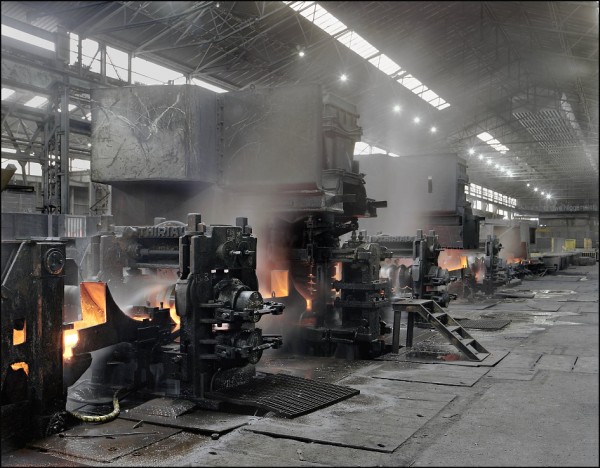 The AFV Beltrame Group from Italy declared on monday that they will shut down their bar rolling mills in Monceau s. Sambre, Belgium and in Esch-Schifflange, Luxembourg definitly.
Images of the Laminoirs Du Ruau and the Train A Lamines Marchands. 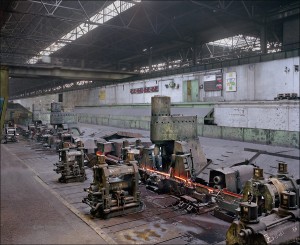