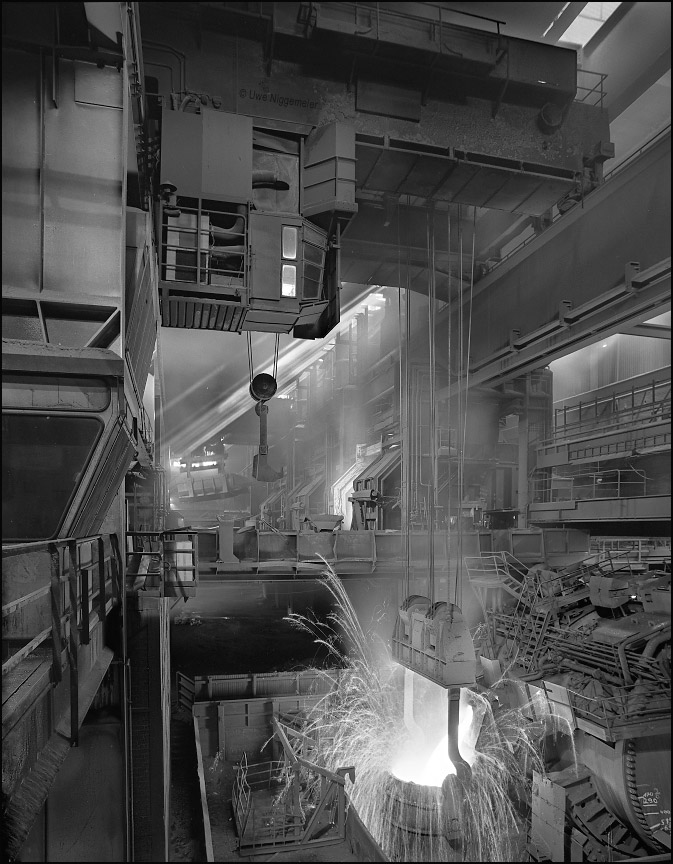 Probably the last chance, after the demolition of the LD steel plant of Henrichshütte in Hattingen, to preserve a converter steel plant in Germany is wasted.
The OBM (Oxygen-Bodenblasen-Maxhütte) melt shop in Sulzbach-Rosenberg, built in 1974, with it’s three bottom blowing 65 t converters and the 1200 t hot metal mixer is under demoltion and will soon be gone:
VIDEO Bayrischer Rundfunk. 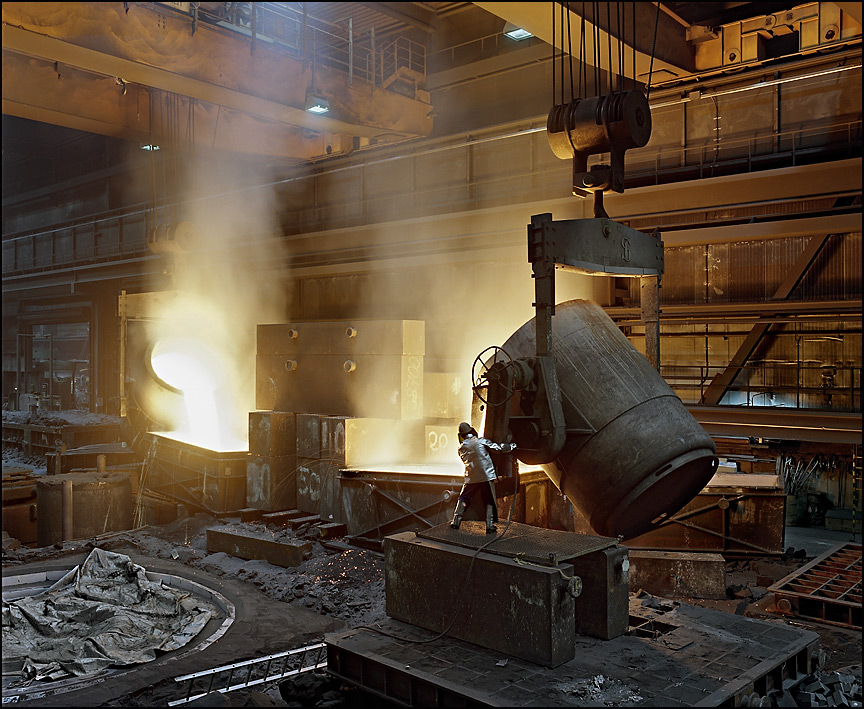 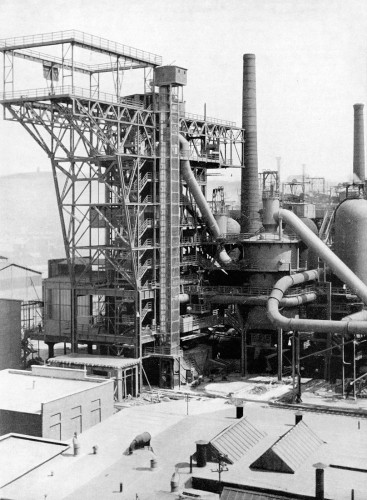 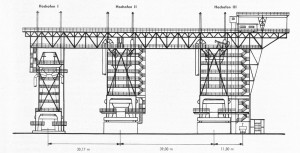 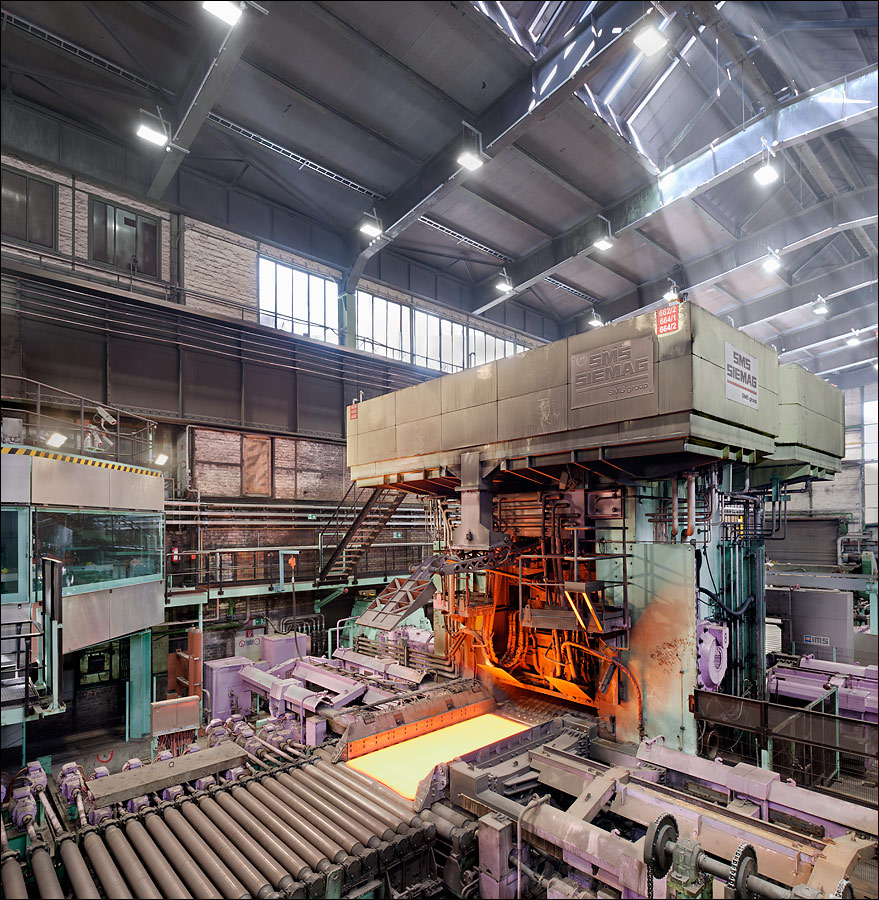 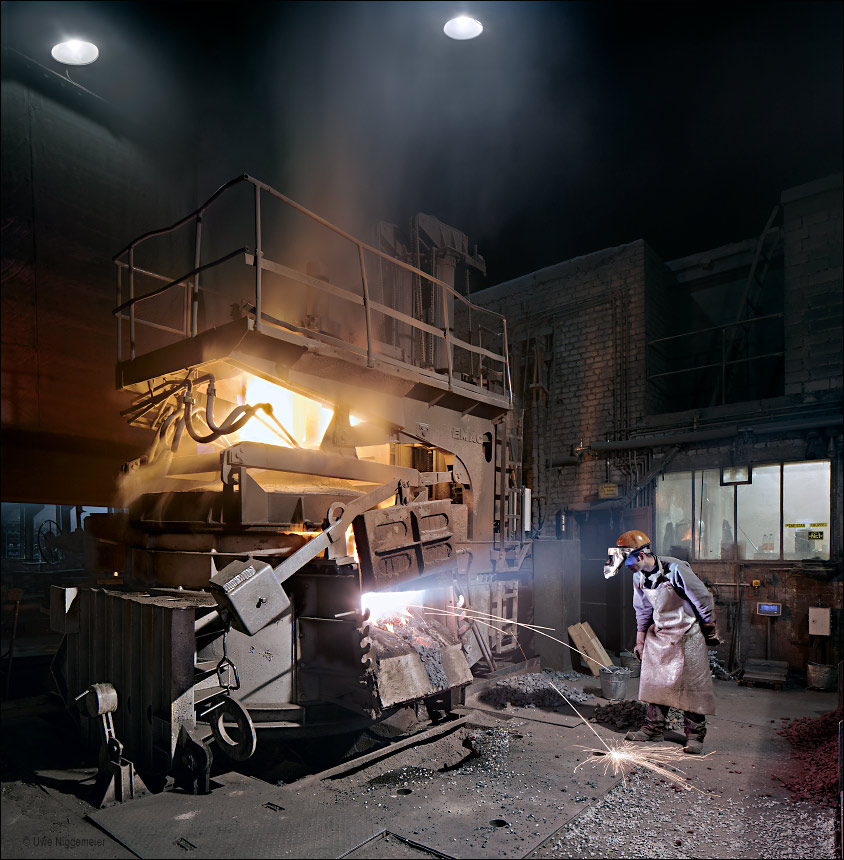 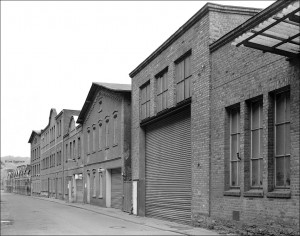 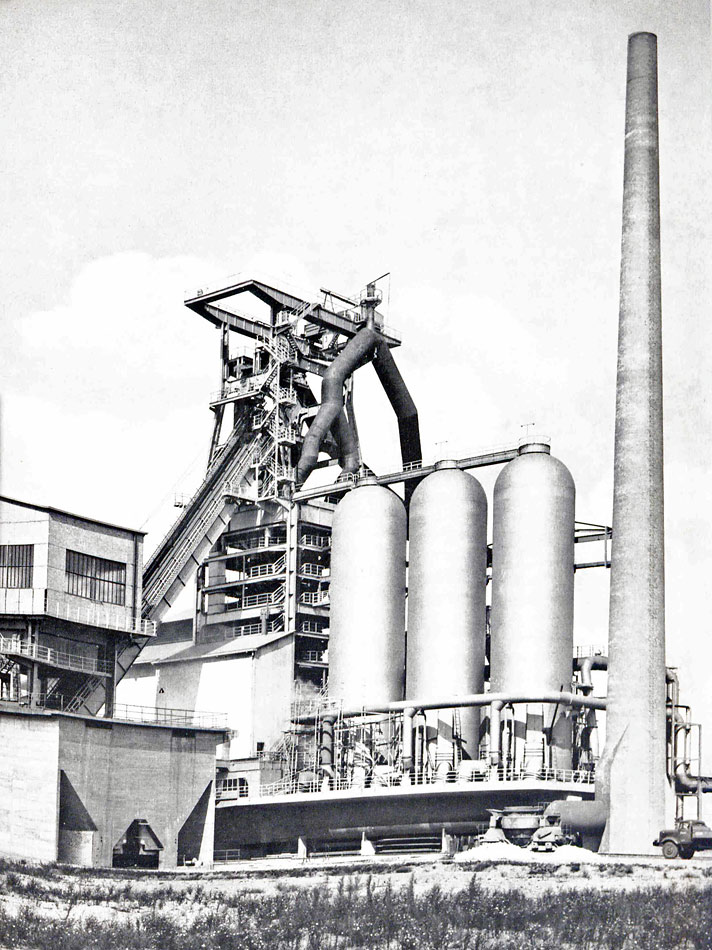 was put into operation 60 years ago in April 1959.
Blast furnace 4 had a hearth diameter of 6,5 m and was meant to be the first out of 8 furnaces originally planned.
The beginning of integrated steel making in Bremen already marked the end of iron production in Klöckner’s Haspe and Georgsmarienhütte works in the long term.

Blast furnace 4 was finally closed down in March 1979. 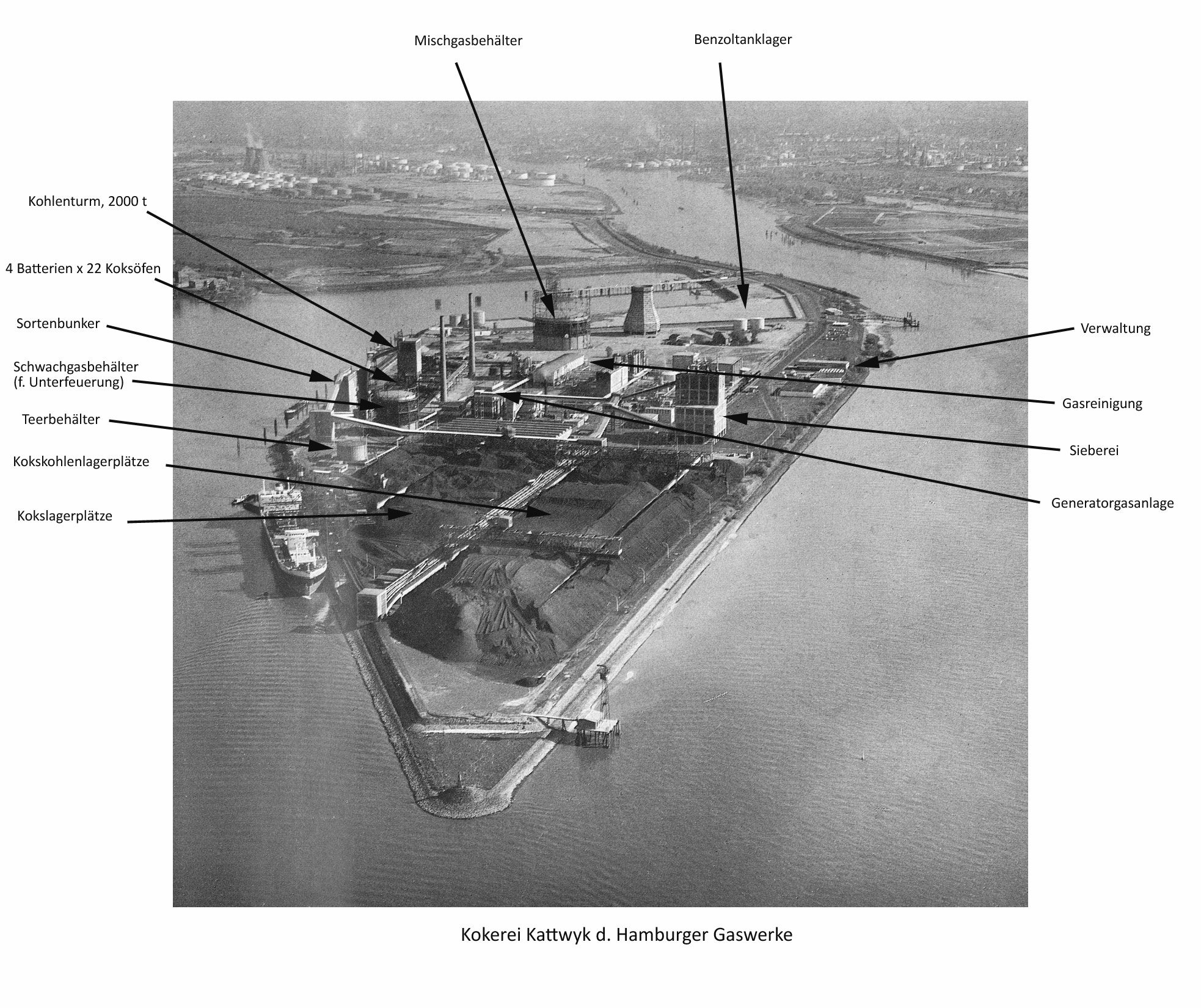 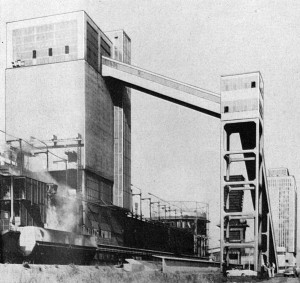 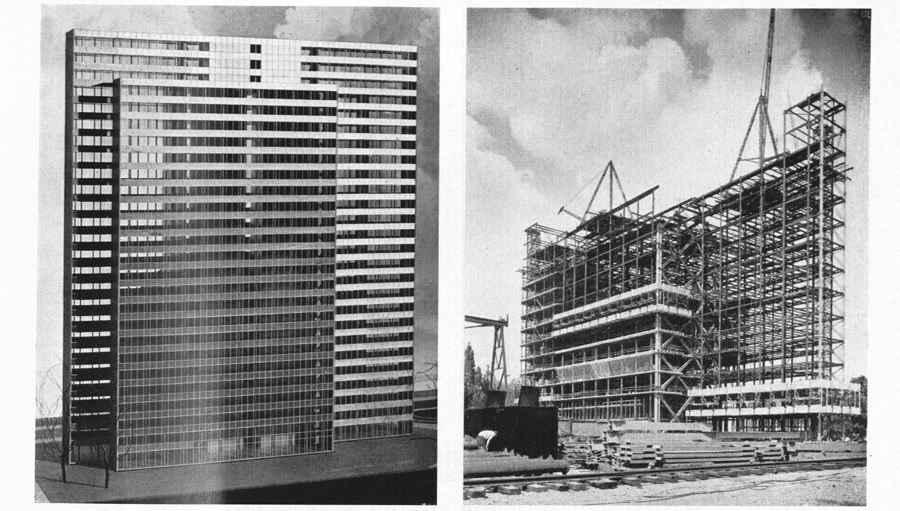 Phoenix-Rheinrohr AG built its spectacular new headquarter (the “Dreischeibenhaus”) in Düsseldorf 60 years ago.
The 2400 ton steel structure was 95 meters high and designed by local architects Helmut Hentrich and Hubert Petschnigg.
In 1964 Thyssen took over the house before moving to Essen in 2010. 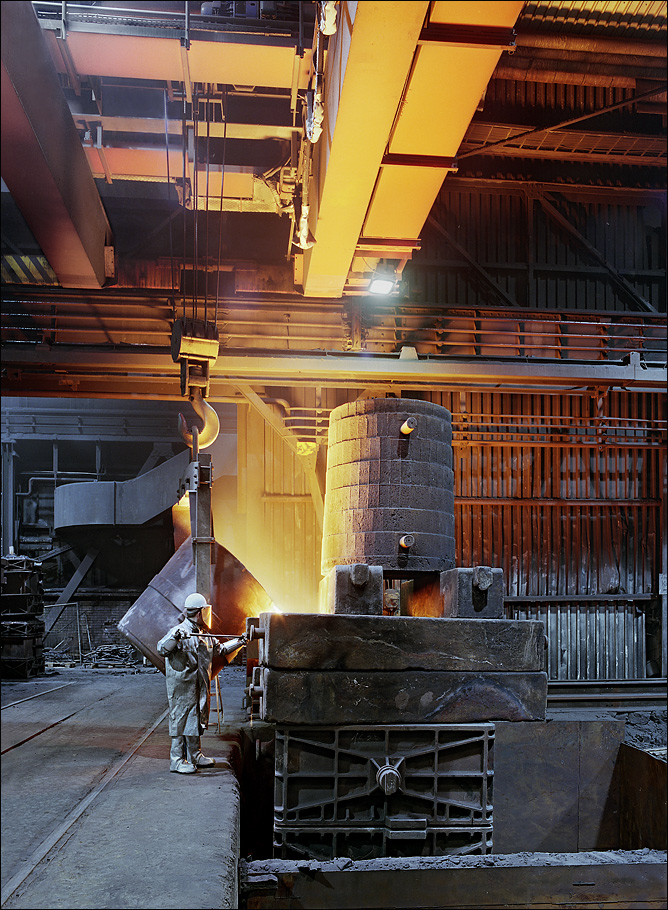